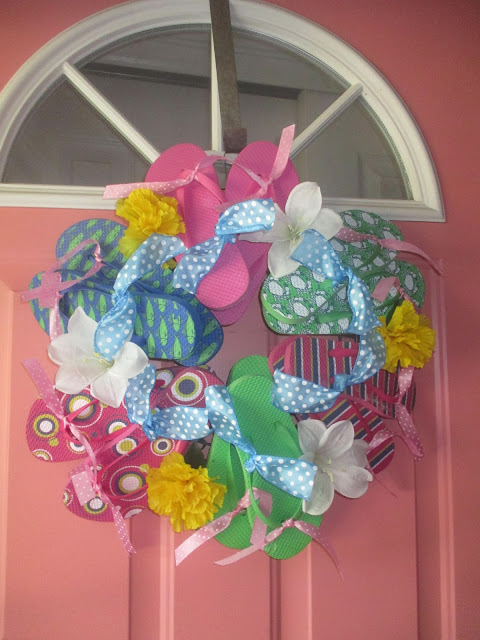 My daughter, granddaughter and I went to a wonderful craft show a few weeks ago. Several vendors were selling the most adorable flip flop wreaths. I respectfully did not take any photographs, but made the typical craft show attendee mistake of saying to myself  "I can make that" 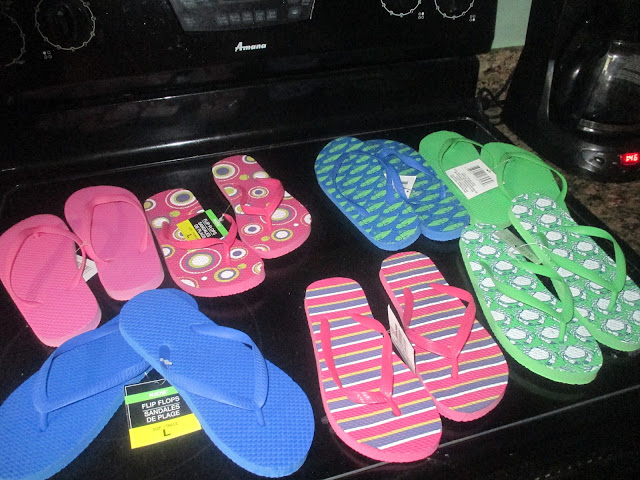 My first stop was the Dollar Tree where I purchased seven pairs of flip flops for $7.00.  I did not check the prices of the flip flop wreaths at the craft show, but I am sure they were worth the cost!! 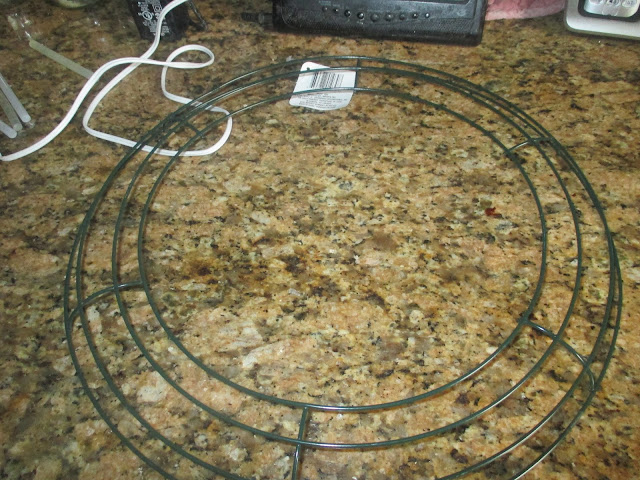 I am not sure I saw them at the Dollar Tree before, but they had wreath frames, too. 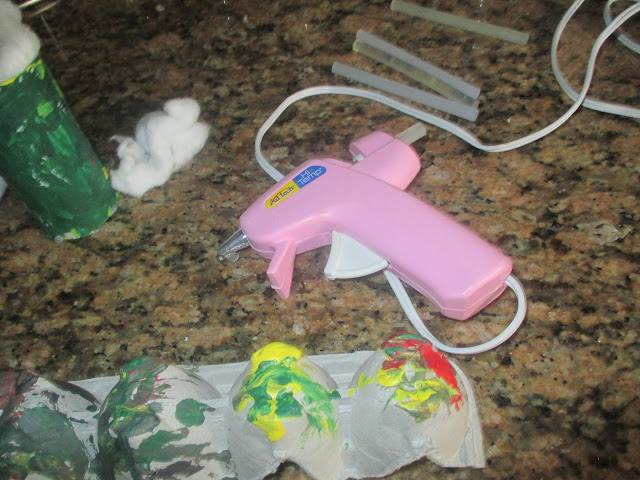 This is a glue gun. I spent about 90 minutes trying to put the wreath together with a glue gun. I also repaired one of the egg carton locomotives we made at gramma camp that had lost it's cotton ball smokestack and steam. 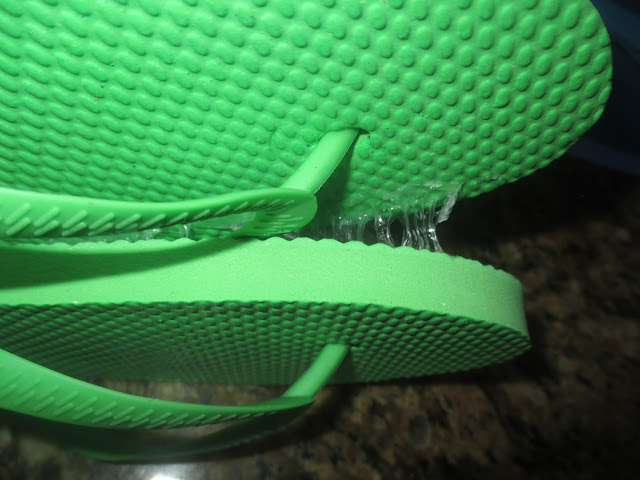 First I tried to glue the pairs together. I would apply a strip of glue and hold the flip flops together for several minutes until it was dry. This is what would happen. 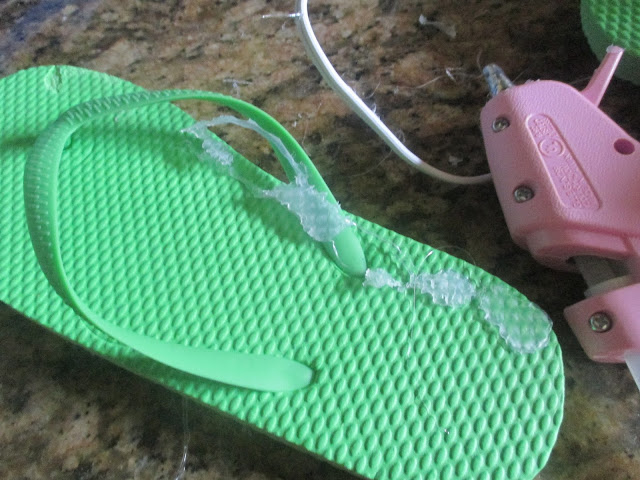 Eventually they would completely pull apart. I decided to go to Pinterest and see what others had recommended. Most recommended gluing the flip flops and then gluing them to the wreath. I made a glass of iced tea and sat down to think. 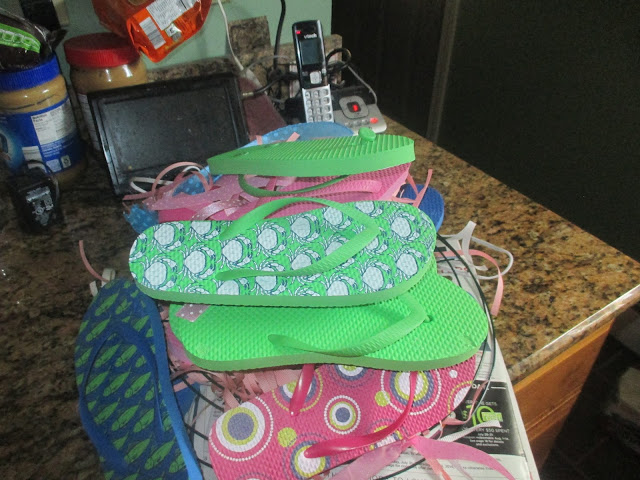 I peeled all the hot glue off the flip flops. Then I got some floral wire.
I spent a lot of time attaching floral wire just like this to all the flip flops. Luckily I had these supplies on hand. When I tried to attach them to the wreath, they were too wiggly and floppy. 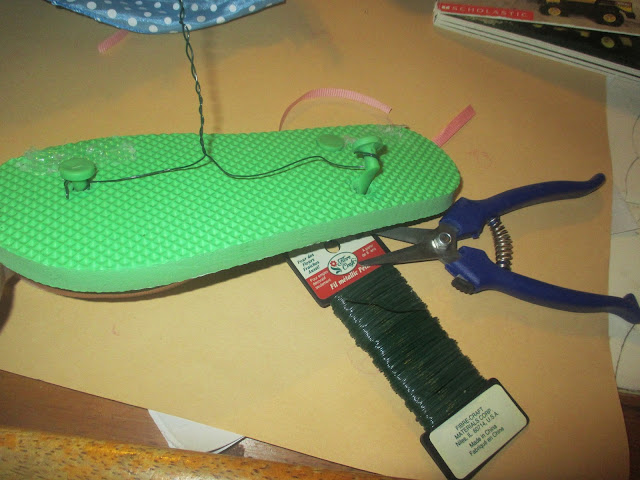 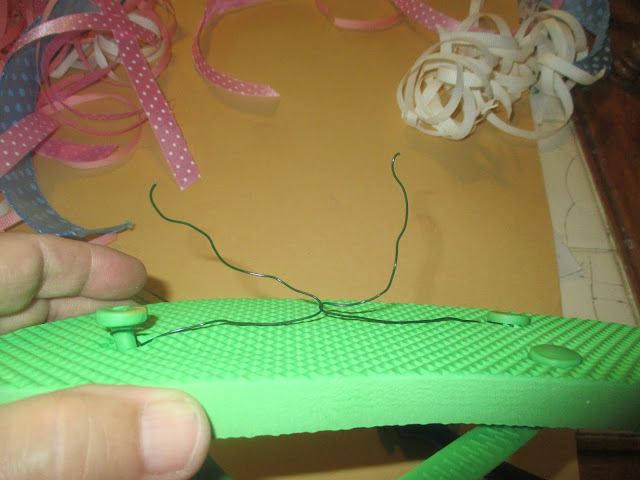 After a lot of trial and error. I cut the wires like this and then separated them. It would have been so much faster to attach the wires like this in the first place. And some had to be replaced because they were not long enough when I cut them.  Then I tried several designs. 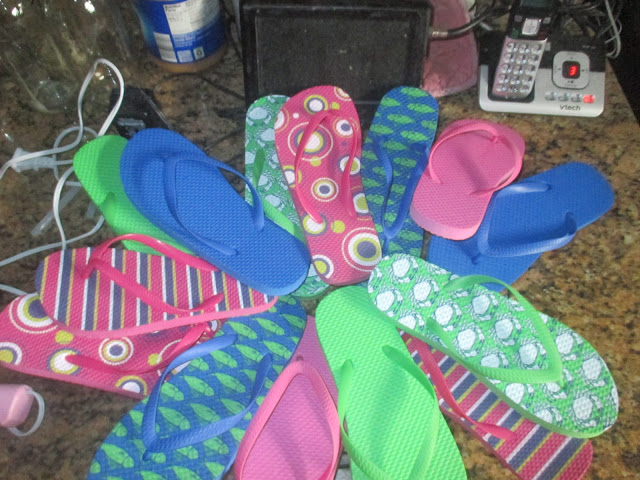 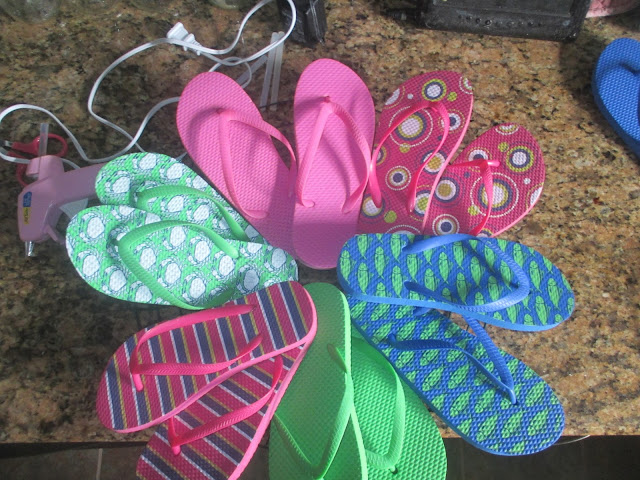 This wasted a lot more time since the flip flops had their own little minds about how they would prefer to be attached. My hope was to cover the wreath with no wire showing. That did not happen. 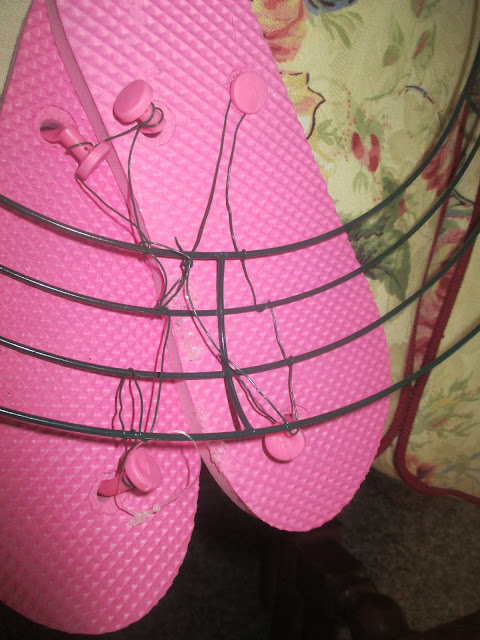 And this is how I finally was able to wire them on. I cannot explain it but maybe you can get an idea from the photo. I was relieved it will hang on a door and no one will see the reverse side. 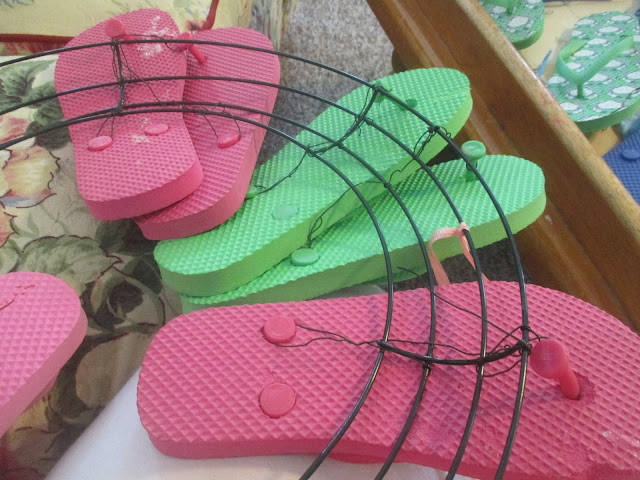 I had no idea how long it would take me to get to this point. 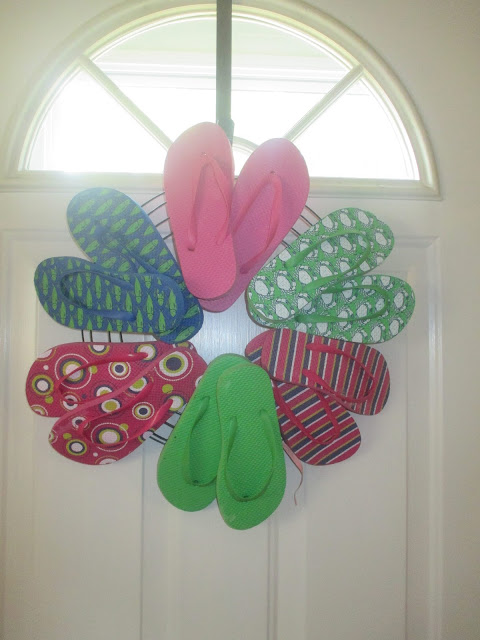 Well, I got them wired on, but there is a lot of wire wreath showing. I decided to cut a zillion ribbons and tie them on all the different layers of the wire base. 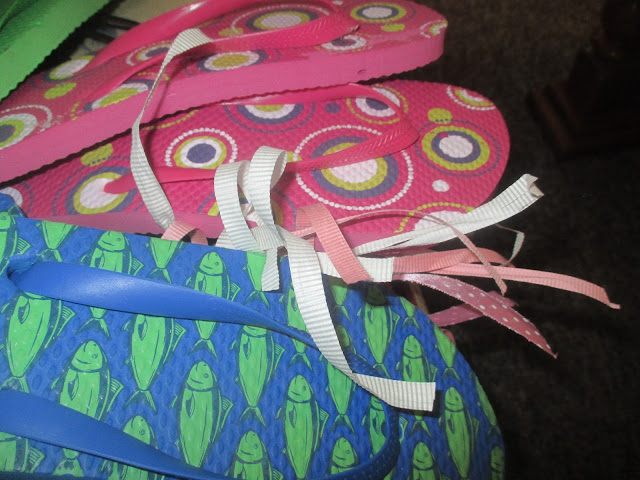 After all that cutting, the ribbons did not look like what I had in mind. They just looked messy. And since I knotted them tightly, I had to cut off each one individually. 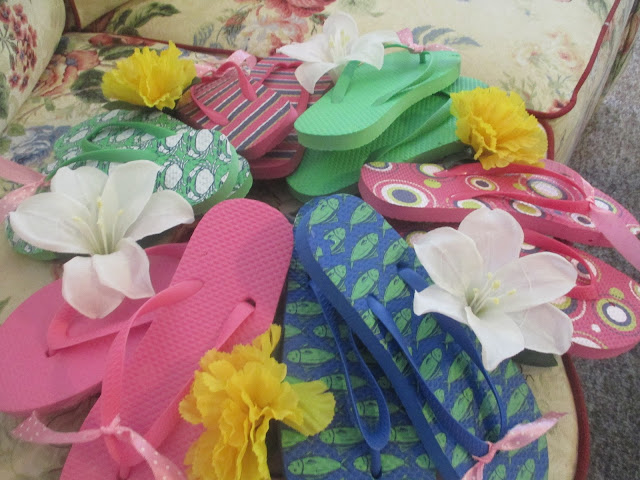 I tied the pink polka dot ribbon to the flip flops and cut apart a silk flower bouquet that I had leftover in my craft closet, left over from something or other. I wish I would have had some cute daisies, but I was too tired to go to the store and look for some. 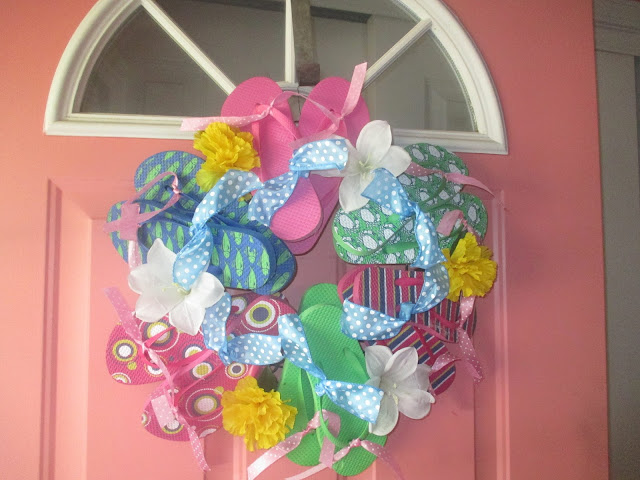 I had a left over spool of blue polka dot ribbon that I added, too. It was not the look I was going for, but after living with it for a few days, I decided I liked it enough to leave it alone.

However, although I did not have to put much money into it due to the fact I have a closet full of miscellaneous supplies; when I factor the time I spent trying to figure out how to make it and the aggravation factor (and I am trying to avoid stress with my shingles), I wish I had just purchased one at the craft show!!!
at 11:30 PM