A neighboring small town has an "historical village" with a large brick mansion and several barns, buildings and even log cabins have also been relocated to the site over the years. They were celebrating their 50th Anniversary and asked on a Facebook post if anyone had antique/vintage wedding dresses they would be willing to lend for a display.

As the keeper of all family memorabilia, I have a closet of generations of  wedding dresses so I wrote a message describing them all. To my surprise, they were interested in my polyester 70's wedding gown. I shouldn't have been surprised. I know I am an antique.

I invited my youngest daughter and her children to accompany me to the birthday party. Unfortunately it was a very rainy day and most people were not as willing to brave the elements as my granddaughter. 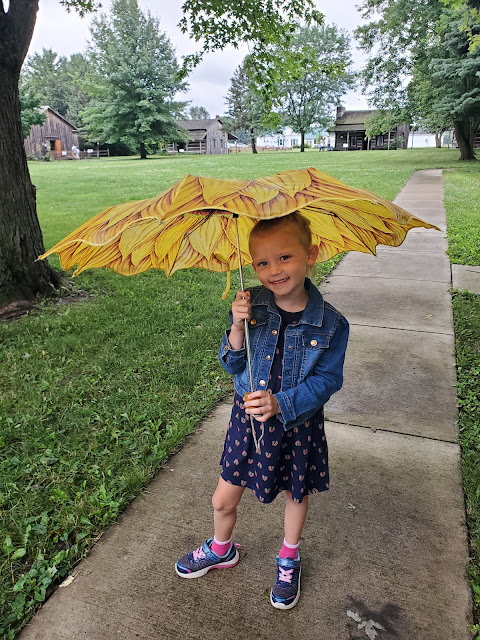 And here we are with my antique wedding gown! Lydia asked if, since we were visiting antiques, would there be dinosaurs, too? 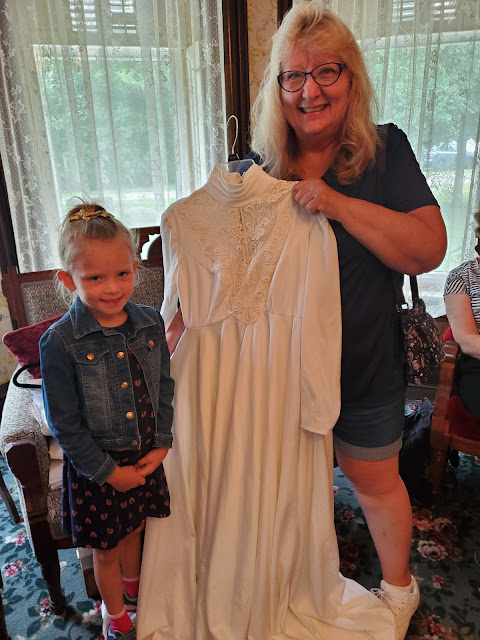 Here are a few others on display. 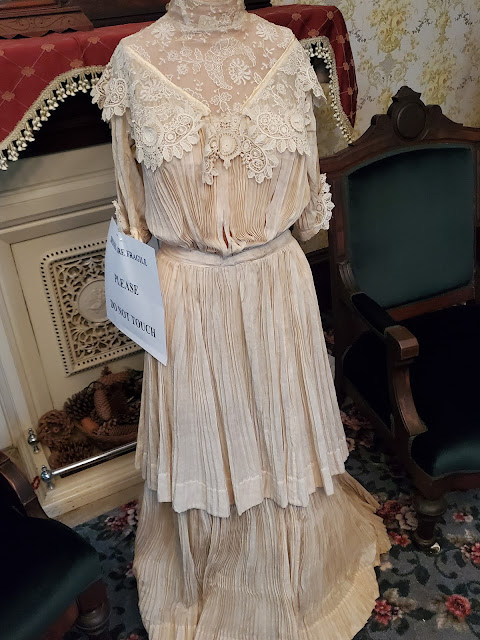 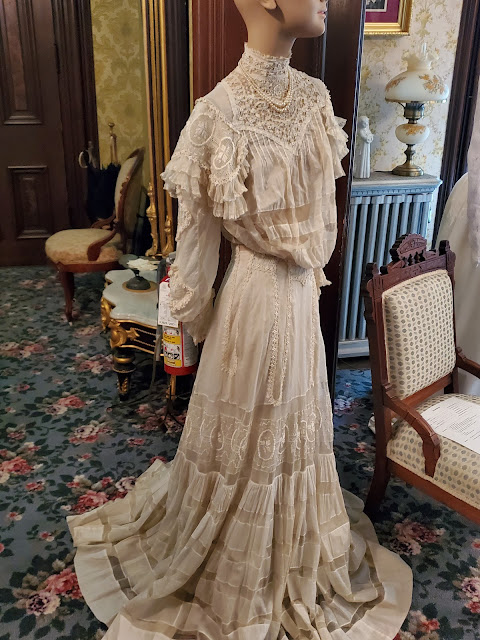 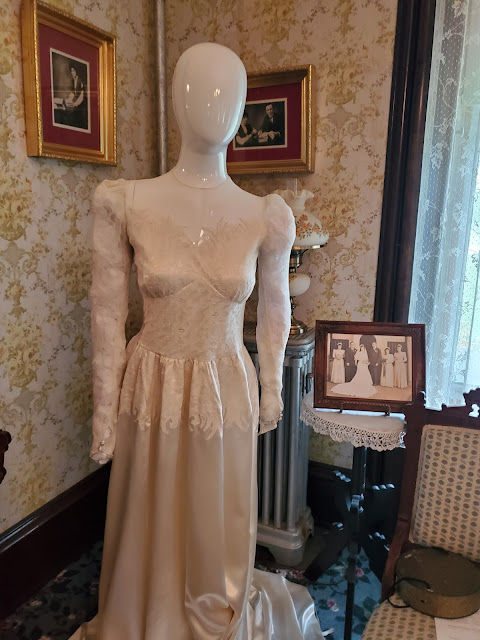 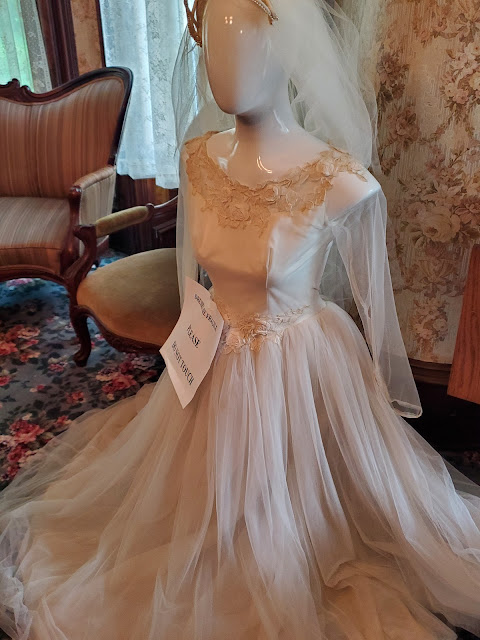 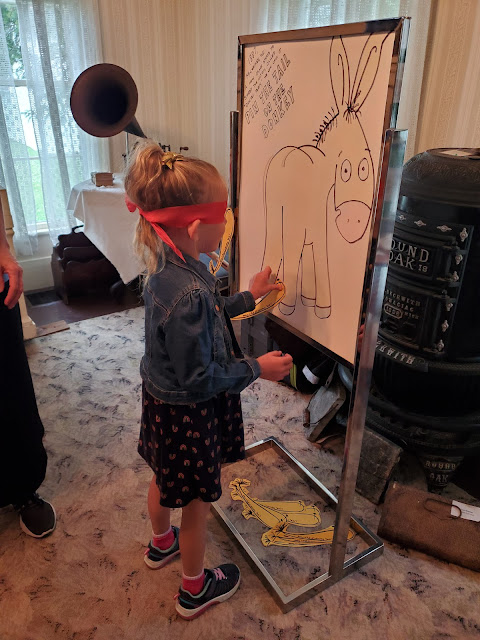 Our favorite discovery was TWO doll houses. This one was created many years ago as a replica of the mansion on site.  This photo features the third floor ballroom which is still available for rental today.  My next post will feature photos from inside the mansion. 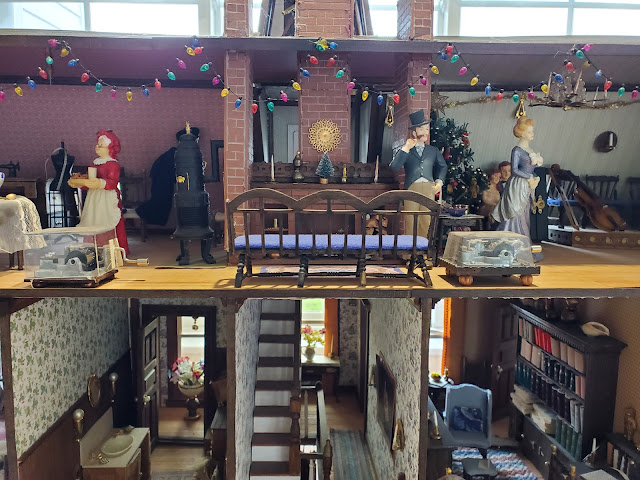 The second dollhouse was a huge masterpiece created as a labor of love by a husband and wife, now in their 90's. They were present to show it off. The rooms were protected by plexiglass panels which made it difficult to photograph and the lighting system was not working. 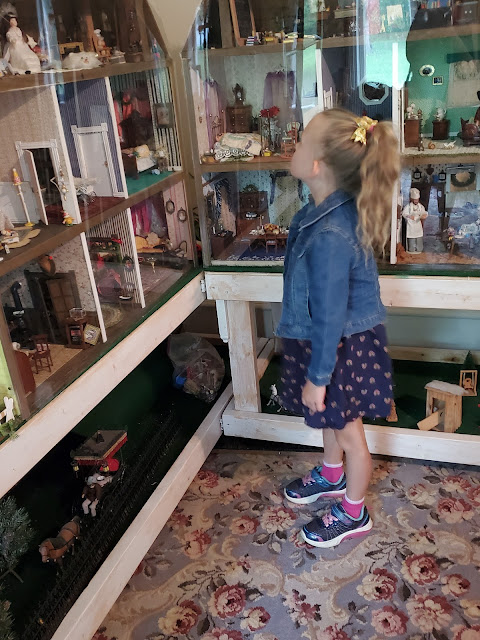 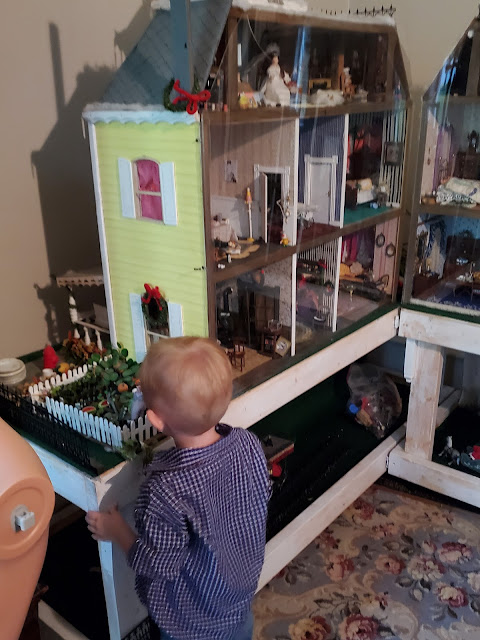 An upstairs room had toys we knew better than to touch. 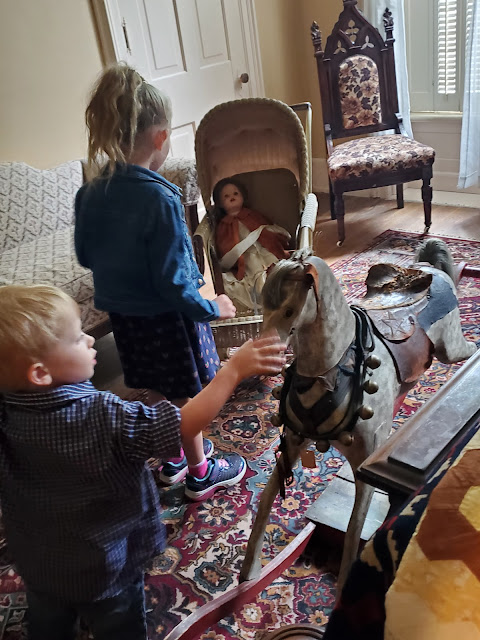 Then we went outside to play with some vintage toys that we were allowed to touch. 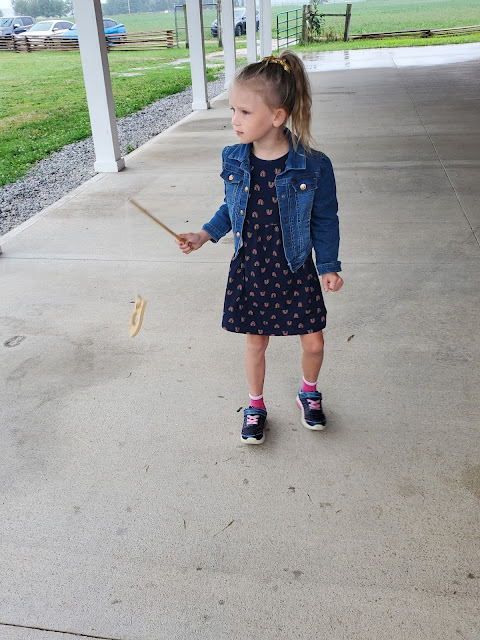 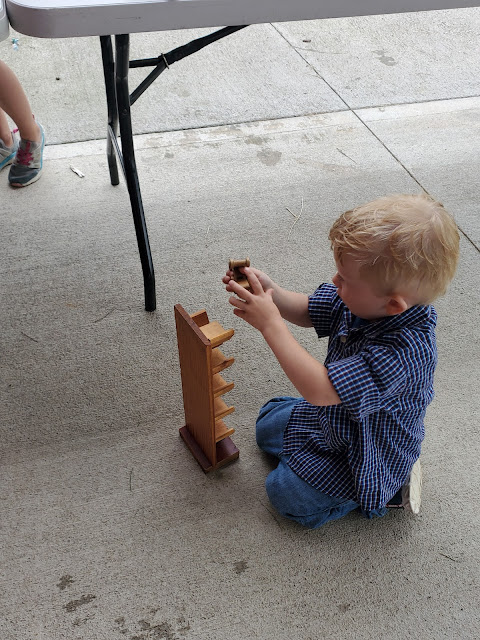 And there was a food truck! 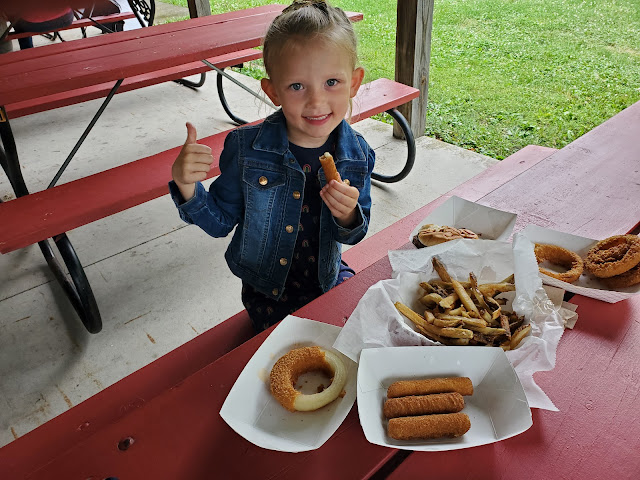 One log cabin featured a quilt show, another had a civil war historian who was familiar with my identical twin 1st cousins, 4x removed, who served in the OH 123rd Infantry, one held as a prisoner at Andersonville. There was a petting zoo, a school house, musicians, and a baked good auction where we spent too much money for a worthy cause.  There were many more cabins and buildings we were not able to visit.
It was quite the afternoon and it is a shame that more people did not attend.